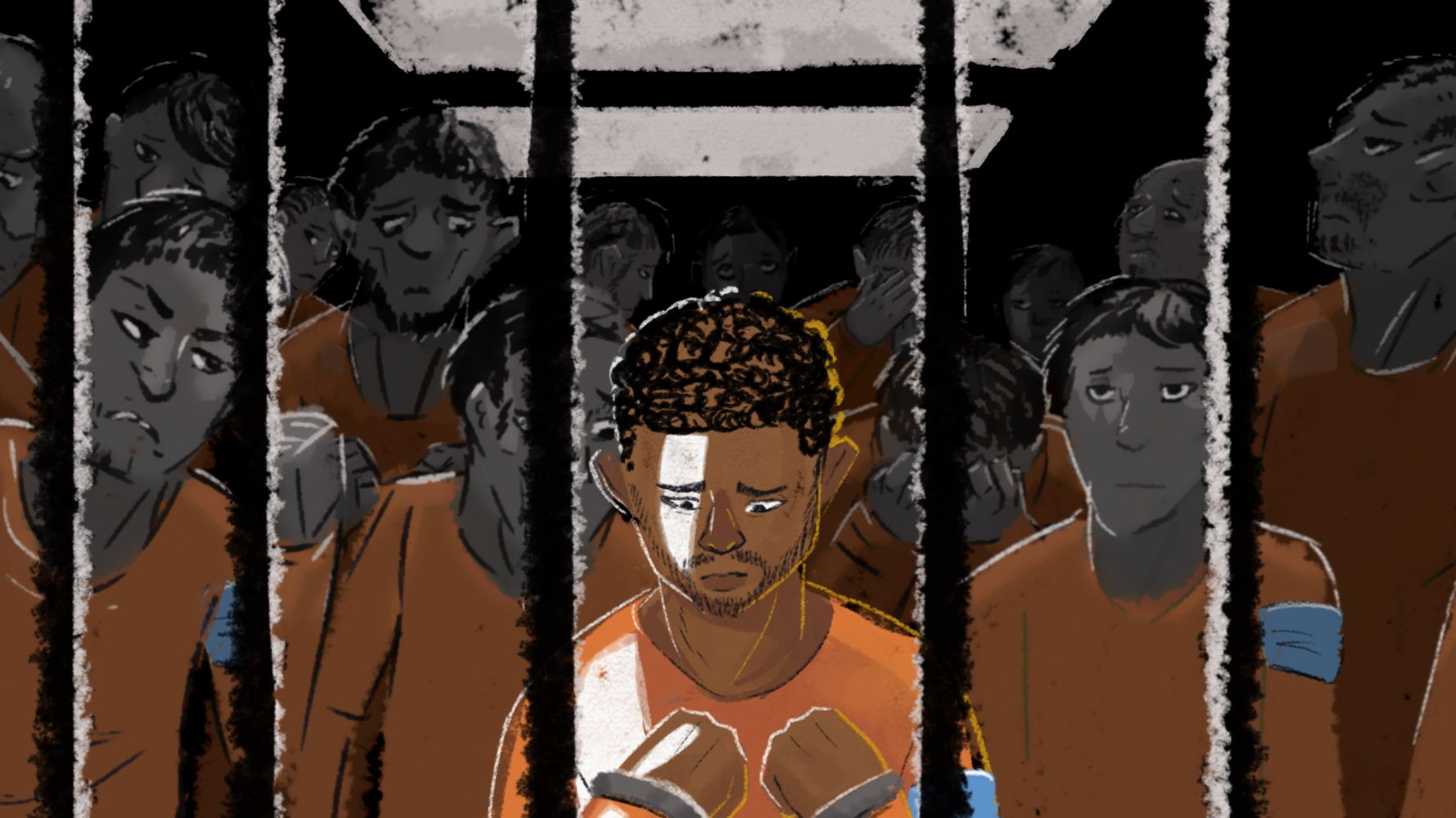 A few weeks into his time in immigrant detention, 35-year-old Antony was diagnosed with the flu. He was born with sickle cell anemia and is immunocompromised, so with COVID-19 spreading throughout the U.S., he was terrified.

If he contracted the coronavirus, it could kill him.

“I was praying a lot,” said Antony, who spoke to HuffPost through an interpreter and is being referred to by a pseudonym to avoid retaliation. “I was telling God to give me the strength and the courage to deal with this situation.”

Antony is one of the thousands of immigrants who have been detained by Immigration and Customs Enforcement during the coronavirus pandemic. He spoke to HuffPost about his experience in a detention center in New Jersey, one of the facilities that are vulnerable due to the use of common spaces, a lack of room for social distancing, a lack of proper medical attention and guards who might bring the virus in or carry it out.

(See the video above on Antony’s experience.)

Although ICE officials say the agency is taking precautions to avoid the spread of the coronavirus, including releasing more than 1,000 people, activists say that the facilities remain ill-prepared to protect those detained.

Immigrants were given face masks only recently, but most of them are forced to reuse single-use masks without being allowed to wash them or receive new ones. Those held were not given soap or sanitizers and some were even exposed to pesticides and other toxic substances.

Despite global lockdown measures, ICE continued to detain, transfer and deport immigrants ― including thousands of children ― all of which has contributed to the spread of the coronavirus nationally and globally. Foreign governments who accepted deportees said they brought the coronavirus back with them.

All told, more than 5,000 individuals have contracted the virus while in ICE custody, including more than 800 ICE detainees just in the last week. In Arizona, more than 200 new cases were reported at one of ICE’s facilities. ICE facilities in Texas, Louisiana, Florida and Virginia have all reported deaths as a result of COVID-19.

Last month, a 50-year-old Honduran man held at a Texas immigration facility died after testing positive for COVID-19. He was the 19th detainee to die while in ICE custody during the 2020 fiscal year. This year likely will mark the highest number of immigrant deaths while in ICE custody. In 2006, 19 immigrants also died while in custody, which is the highest number of deaths to date.

“The government is endangering people who are in its custody and doing so in a way that the people are not able to protect themselves,” said Karlyn Kurichety, a supervisory attorney at Al Otro Lado, a social justice legal services organization.

“One death is too many because this is something preventable. This is a government-created situation. We just see the numbers keep increasing, and nothing is being done,” she added.

A spokesperson for ICE said the agency has taken on “proactive measures include limiting the intake of new detainees, implementing alternative detention programs, social distancing, cohorting, and monitoring and screening detainees for COVID-19,” as well as providing detainees with the “appropriate personal protective equipment.”

“The safety, health, and well-being of its detained population are among U.S. Immigration and Customs Enforcement’s top priorities. This is made evident by the more than $269 million the agency spends annually on the spectrum of health care services provided to detainees in ICE custody,” the ICE spokesperson told HuffPost in an emailed statement.

On a cold January morning, Antony, who was born in the Caribbean, kissed his wife and baby goodbye as he left for work on the East Coast. It was 5 a.m., and he hadn’t slept much the night before. His son, less than a year old, was sick, and both parents had been up all night taking care of him.

But Antony had to leave for work to provide for his family. He was in his car when an unmarked van blocked his way. The men from the van identified themselves as police and told him he was under arrest. They took him to an immigration facility in New Jersey, where he stayed with about 60 other detainees.

By February, lawyers at the Legal Aid Society, a nonprofit based in New York City, took on Antony’s case advocating for his release.

“ICE has endangered the lives of our clients and others in their jails by making the indefensible choice to detain them during this pandemic,” said Katherine Kim, supervising attorney in the immigration law unit at the Legal Aid Society. “They have a clear track record of failing to provide adequate and appropriate medical care to people in detention, and we continue to be concerned for the health and well-being of our clients.”

Although ICE officials announced an increase in COVID-19 testing, advocates said it was not sufficient as long as people were constantly exposed and left unprotected. Earlier this year, federal judges ordered the release of immigrants who were at higher risk, such as the elderly or those with underlying health conditions.

“COVID-19 has revealed the fatal flaws and the negligent medical care that ICE has historically provided to people who are detained within its facilities,” said Denise Bell, a researcher at Amnesty International USA. “What’s more disturbing is the carelessness, and I’d even say callousness, with which the government is treating people in its care and custody.”

Lack Of Information And Transparency

Advocates say ICE’s lack of transparency has left them unable to assess the true cost of outbreaks and if the death toll and transmission rate could be higher.

Immigrants inside the facilities said they were not being told the latest information about the pandemic or how to best protect themselves, causing mass panic among the detainees.

Rebekah Entralgo, the spokesperson for Freedom for Immigrants, an advocacy nonprofit that monitors human rights abuses faced by immigrants detained by ICE, told HuffPost that its hotline continues to receive calls from those inside the facility for the latest news. They have to rely on friends, families or advocates to provide updated information from public health officials or the government.

“What we see is a consistent pattern of obfuscation. [ICE] is not transparent about how many people have been tested. They are not transparent about how many people actually have contracted. They give numbers, and you’re not quite sure if they’re people who are facility staff or if they are people who have been detained,” Bell said.

Immigrants have told advocates that officials inside the facilities have often turned off the TV and taken away newspapers to block information about the pandemic. Detainees who don’t speak English or Spanish are often among the last to find out information from ICE.

“This is not a time for punishment or making somebody out to be the other evil because of where they come from or because they want to seek safety here. This is about keeping us all safe,” Bell said.

As for Antony, he’s grateful to be home with his wife and children. He doesn’t know what the future holds for him as an undocumented person because his case is ongoing, but for now he plans to keep working and providing for his family.

“Freedom is priceless… . When they take away that freedom, you get destroyed,” he said. “I’m here again with my family, free and trying to do everything possible to push ahead.

A HuffPost Guide To Coronavirus

Everyone deserves accurate information about COVID-19. Support journalism without a paywall — and keep it free for everyone — by becoming a HuffPost member today.