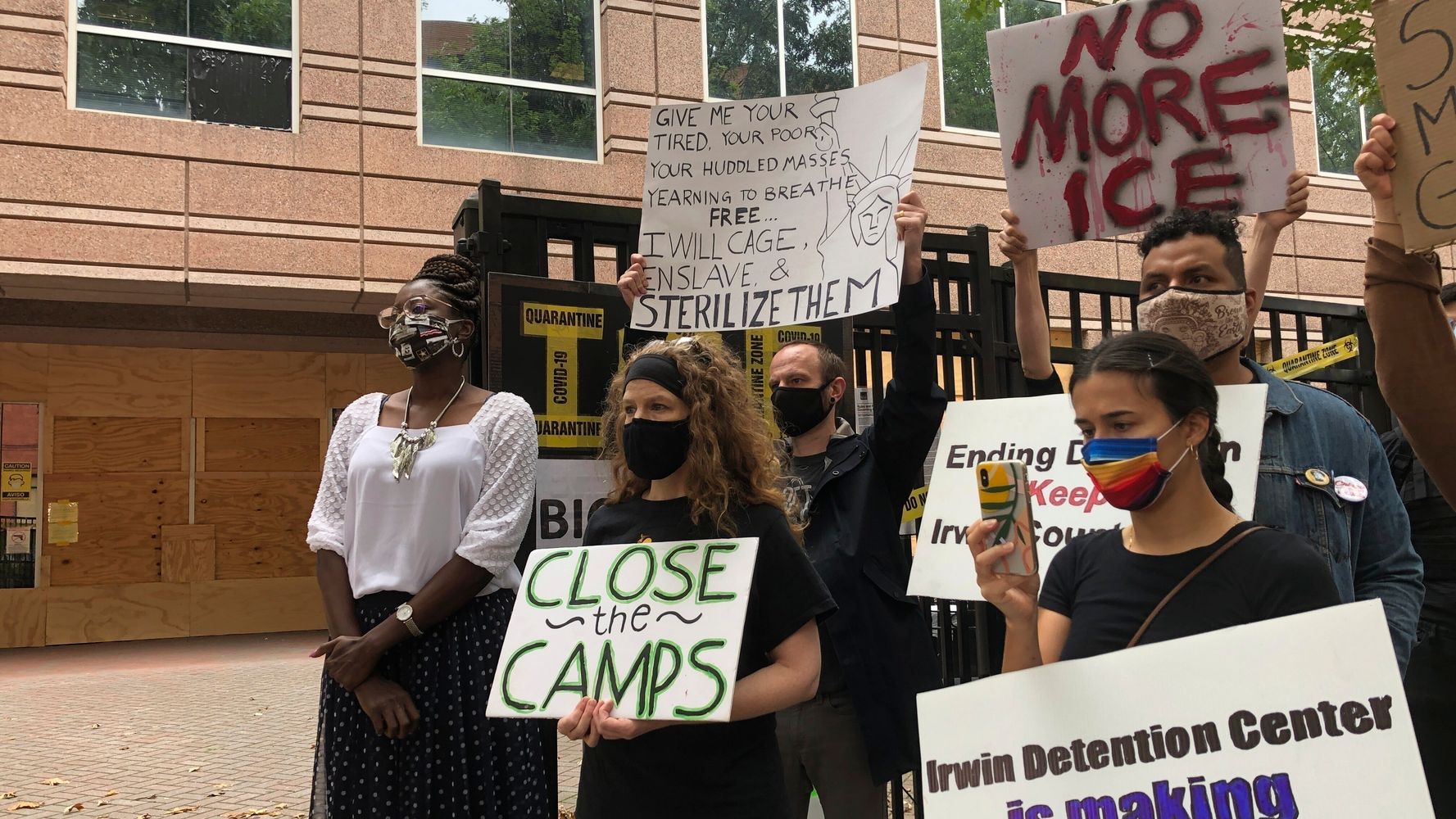 More than 40 women filed a class-action lawsuit on Monday against a Georgia gynecologist and the U.S. Immigration and Customs Enforcement agency, alleging they were subject to medical abuse and retaliation while in ICE custody.

The women, all of whom were detained at Irwin County Detention Center in Ocilla, Georgia, allege they underwent non-consensual invasive procedures ― including hysterectomies, birth control shots, and medically unindicated gynecological procedures that amounted to sexual assault ― at the hands of Dr. Mahendra Amin, who was working as an obstetrician-gynecologist authorized by ICE to provide medical services to detainees. The immigrant women also accuse ICE and LaSalle Corrections employees of retaliating against them for speaking out against Amin. (LaSalle Corrections, a private prison company, operates the detention center.)

Amin’s lawyer, who did not respond to HuffPost’s request for comment, has previously denied any wrongdoing on behalf of his client. An ICE spokesperson told HuffPost that they could not comment on pending litigation but that the agency was “fully cooperating” with the investigation by the Department of Homeland Security’s Office of Inspector General.

The women filed the 160-page complaint in the U.S. District Court for the Middle District of Georgia with the help of several organizations and law firms including the National Immigration Project of the National Lawyers Guild, Atlanta’s Dreyer Sterling, and New York’s Morningside Heights Legal Services.

“We are seeking an immediate end to the egregious retaliation against the women who spoke out against the abuse, release of the women who have suffered medical abuse, and compensation for the harms that the survivors suffered,” said Azadeh Shahshahani, legal and advocacy director at Atlanta-based Project South and co-counsel on the lawsuit. “It is high time for this facility rife with human rights violations to be shut down and for ICE and LaSalle to be held accountable.”

News of ICE detainees receiving unwanted and unnecessary hysterectomies first came out in September after a nurse blew the whistle. More detained women have since spoken out to say they endured medical neglect or were forced to undergo surgeries performed by Amin that they never approved of. An independent inquiry by a team of medical experts in October uncovered a troubling pattern of incorrect diagnoses and failure to secure informed consent for medical surgeries on detainees at the Irwin County Detention Center.

The immigrant women included in Monday’s suit came from a range of countries including Mexico, Bolivia, Senegal and Kenya. Some of the women have since been released while others have been deported. Last month, the Trump administration agreed to freeze the deportations of the women who alleged abuse at the Georgia facility.

In the complaint, women say they faced a range of retaliatory actions after speaking out against Amin, including physical assault, solitary confinement, loss of money from their commissary accounts, limited access to phones, and delayed delivery of medications and medical records.

At a virtual press conference on Tuesday hosted by the National Immigration Project of the National Lawyers Guild, one of the accounts of abuse came from Elizabeth, a 21-year-old detainee who was born in Guadalajara, Mexico, and has lived in the U.S. since she was brought to the country at 8 years old. (She is being identified solely by her middle name due to sensitive details of her story.) Elizabeth alleged that she did not receive a six-week postpartum checkup after giving birth and that she sought medical help after experiencing pain. ICE sent her to Amin.

Upon arrival at her appointment, Elizabeth said that she was handcuffed and shackled at her ankles and waist. She alleged that Amin conducted a vaginal ultrasound and gave her a Depo-Provera birth control shot without explaining the procedures. She said that she only found out what the shot entailed after speaking to another immigrant who had received the same shot and that she did not consent to receiving the birth control.

“I just feel like I have no control over my body anymore,” Elizabeth said.

At the doctor’s office, she said she was forced to sign paperwork that she never had the chance to read. And following the visit, she said she bled for two months, gained 15 pounds and was frequently depressed.

“The people that we trust, the medical staff that is here, we can’t trust them anymore,” she said. “We don’t know what they are doing with our bodies.”

Elizabeth said she hopes to receive justice for the medical mistreatment and to be released from the detention center while she pursues her immigration case to stay in the U.S. The young mother couldn’t celebrate Thanksgiving and will likely miss out on celebrating Christmas with her newborn daughter.

“We have kids. We have people that love us that are waiting for us,” she said.